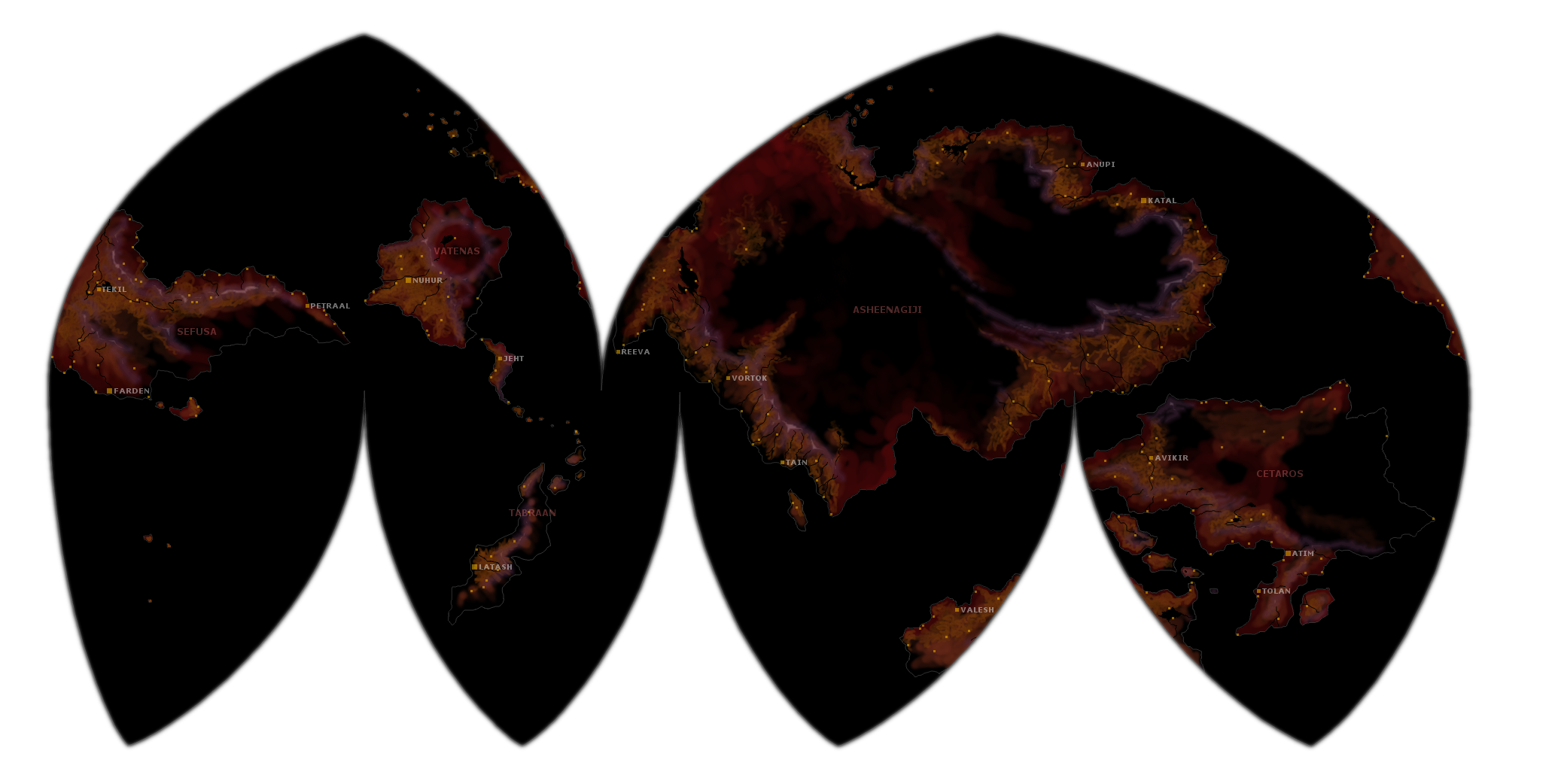 In the last stable climactic conditions of Nekenalos, Sinukaaj and Silukaaj were massive arid stretches that dominated the largest continent, Asheenagiji, split by two mountain ranges collectively referred to as Idiishi. The smaller of the two (closer to the pole) is called Silukaaj. At the moment, the areas still conform to the expectations, but a mere year after the planet's migration it's unclear how stable their state is likely to be.

In the weeks after the move, they gained some ground because parts of the surrounding areas were afflicted with frost that killed off chunks of the vegetation, but those areas are healing, and rain patterns haven't quite settled yet.