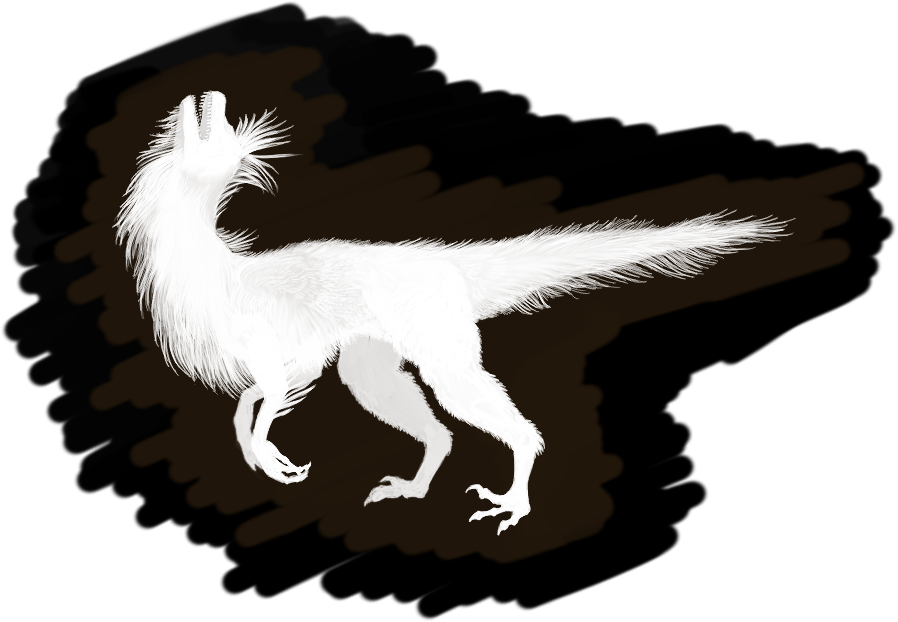 The 'raptor species the kavkema are most closely related to is Deinonychus antirrhopus. They have, however, been tampered with - predominantly in the form of their wrists and hands. Their ability to manipulate objects with their hands and fingers is entirely comparable to that of humans, which is a strong change from an ancestral inability to pronate their hands.

They typically live near but above the tree line and most kavkem races are typically so feathered as to be fluffy. Like lions, they have a mane, although theirs is simply for insulation. They also have 'wing' feathers (although notably not near the wrist as in birds - longer feathers really only run from elbow to shoulder) and a simple plume that serve similar purposes to them as hair does to humans.

Their feathers range from snow white to a dark brown, typically mixed in spotted or blotched patterns on an individual. That said, due to their starkly nocturnal life-styles, albinism is barely selected against, and so snow white kavkema can be found. Their irides are usually brown or black - blue or green eyes are absurdly rare and met with suspicion, as kavkema associate that eye colour with the Nayabaru.

While kavkema are technically omnivores, they cannot subsist on plant-matter indefinitely. Indeed, it's best to simply consider them carnivorous and play them as such.

Their circumstances have forced the kavkema into a nomadic life-style, which has deprived them of decent technology. Were they to try to set up camp somewhere, the Nayabaru would find them - and the kavkema do not want to be found by the Nayabaru.

The kavkema near Sinukaaj and Silukaaj live below the tree line and as a race are less fluffy, granting them greater access to the varied ecosystems of the planet - though this makes them less well-equipped to deal with cold environments than their dominant brethren. Their 'fur coat' is lighter than that of their brethren, and their mane only subtly pronounced, forming more of a scruff at the back of their neck.

A few behavioural quirks are worth noting about kavkema: